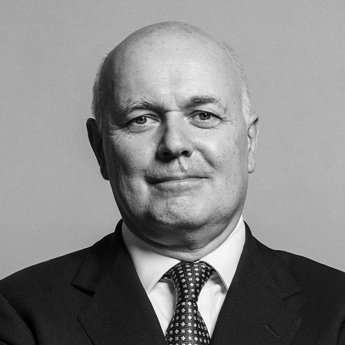 On March 30, 2019, Britain will leave the European Union. What impact will this have on the events and festivals industry?

Duncan Smith will address industry concerns, discuss what Brexit will mean for the events industry and reveal his views on the Brexit deal.

In 2001, Duncan Smith was elected Leader of the Conservative Party. After stepping down in 2003 he set up the CSJ, an independent think tank, which is committed to tackling poverty and social breakdown. He served as Secretary of State at DWP from 2010 till March 2016.

He took a lead role in the Vote Leave campaign ahead of the EU referendum on June 23, 2016 appearing many times in the media and public debates and is now working alongside colleagues to ensure the Government achieves a smooth and rapid exit from the EU and forms a new relationship based on trade, continuing friendship and cooperation.

Before entering politics, he served in the Scots Guards from 1975 to 1982. During this time, he saw service in Northern Ireland and Rhodesia/ Zimbabwe. After leaving the army, he worked in industry, first with the GUC and then as a director of a property company and subsequently as a director at the publishing company, Jane’s Information Group.